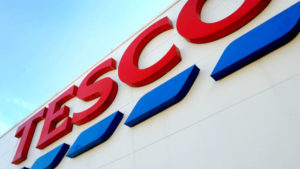 Tesco said sales growth in its core UK business slowed in the first quarter, but that it had outperformed a “subdued” grocery market.

The grocer, which is nearing the end of a four year turnround programme under chief executive Dave Lewis, said on Thursday that like-for-like sales grew 0.2 per cent in the 13 weeks to the end of May to £14bn.

In the key UK business, sales grew 0.4 per cent, slower than the 1.7 per cent it had recorded in the previous quarter when it was boosted by strong Christmas trading. Analysts had forecast a 0.8 per cent rise, according to Reuters.

“We have had a strong start to the year, growing ahead of the UK market on both a volume and value basis,” Mr Lewis said.

Fresh food outperformed in the UK, including a 2.4 per cent rise in sales of prepared foods. UK online grocery sales were up 7 per cent year-on-year.

Tesco raised its dividend at its full-year results in April, as it said rising margins and cost cuts had put it on track to complete an overhaul of the company in the coming year.

The grocer’s share price has risen nearly 20 per cent this year, but at 227.5 pence it is almost exactly where it was when Mr Lewis took over four and a half years ago.

Lewis set a target of cutting £1.5bn off Tesco’s cost base and achieving a 3.5-4 per cent operating margin in its core UK business by the 2019/20 financial year, which ends in February next year.