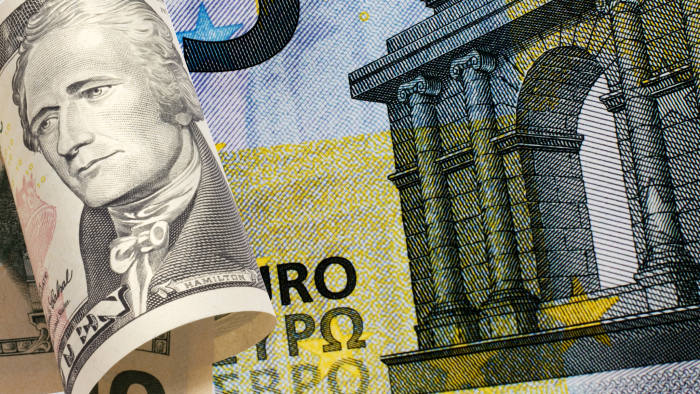 Banks across Europe earn hundreds of millions of euros a year from overcharging small corporate customers for foreign exchange services, according to a new paper from the European Central Bank.

The new research is the first data-driven study of the traditionally opaque world of forex derivatives pricing, and gives support to anecdotal evidence that smaller corporate clients tend to pay higher rates for protection against swings in exchange rates.

In some cases those rates can be 25 times higher than for bigger, more sophisticated customers, the researchers found.

“The elephant in the room is that dealers systematically and consistently overcharge clients who don’t have currency trading expertise,” said Harald Hau, a professor at the Geneva School of Economics and Management and the lead author of the soon-to-be-released paper.

His study analysed half a million “forward” derivatives contracts, which lock in an exchange rate to be paid in the future, for the euro/dollar currency pair. The deals were arranged privately between more than 200 banks and over 10,000 clients, ranging from large multinationals to small import-export companies.

The findings were stark: banks collect an extra €638m a year on average as a result of discriminatory pricing in euro/dollar contracts. The majority of corporate clients pay some 50 basis points — or 0.5 per cent — on contracts on which the largest companies pay just two basis points.

“It’s the equivalent of walking into a used-car dealership and paying €50,000 for a car that others can buy for €5,000,” said Mr Hau. “The price discrimination occurs systematically against the less sophisticated market participants, namely small export and import companies.”

Measuring how currency dealers price services had been difficult until new European regulations in 2016 mandated banks and their counterparties to report more details of their trades to regulators. The paper is based on the new data and is an updated version of initial findings published in 2017.

Banks have long argued their charges are related to clients’ individual needs and circumstances. But the research indicated that there was little difference in pricing for the length of contracts. Rates instead tended to be determined by the bank’s perception of the client’s expertise in currency transactions, it found.

“[Over-the-counter] dealers have always claimed that contract customisation . . . allows for more corporate hedging, but the large price discrimination faced in particular by SMEs suggests the opposite is true,” said Mr Hau.

He noted the data suggests that many small companies choose to take the risk of currencies moving against them, rather than pay the high cost of buying protection.

Of the 10,087 companies in the study, more than half traded currencies with just one bank, paying on average 14 times more than companies that received quotes from five or more dealers.

The $5.1tn-a-day currency market is concentrated in the hands of the 10 largest dealers, which collectively have a share of 65 per cent, according to the latest industry survey. The Financial Times reported last month that banks are resisting efforts for the market to become more transparent, arguing that additional disclosures around costs they charge for forex contracts have little real value for clients.

“For the first time we can measure the quality of the market for different participants. And what we see looks terrible from a public policy point of view,” said Mr Hau. “The opaqueness of the market is now much more difficult to defend.”