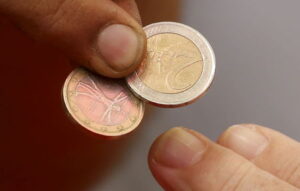 EUR/USD has erased a small portion of its weekly losses after touching its lowest level since the beginning of the year at 1.1263 on Tuesday. The near-term technical outlook suggests that the pair’s recovery attempts are likely to remain short-lived. Nevertheless, ahead of the US Federal Reserve’s policy announcements, the pair could find it difficult to make a decisive move in either direction.

The risk-averse market environment helped the dollar continue to gather strength on Tuesday. Early Wednesday, US stocks futures indexes are rising between 0.6% and 1.7%, pointing to a positive shift in risk sentiment. The US Dollar Index is moving sideways near 96.00, allowing EUR/USD to consolidate its losses.

The US Federal Reserve will announce its interest rate decision and release the monetary policy statement at 1900 GMT. FOMC Chairman Jerome Powell will deliver his remarks on the policy outlook and respond to questions at a press conference at 1930 GMT.

The Fed is widely expected to leave its policy rate unchanged while confirming that the first rate liftoff will happen in March. In case the Fed notes that every meeting will be live after March, this could be seen as a hawkish development and cause EUR/USD to come under renewed bearish pressure. On the other hand, a cautious stance by the FOMC due to the uncertainties surrounding the global economic activity and heightened geopolitical tensions could provide relief to US stocks and make it difficult for the dollar to find demand.

EUR/USD continues to form lower-highs on the four-hour chart while holding below the descending trend line coming from mid-January. Additionally, the Relative Strength Index (RSI) indicator on the same chart stays below 50, supporting the idea that the pair’s recovery attempts remain as a technical correction.