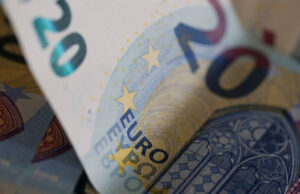 The euro edged lower against the dollar on Monday, as investors weighed the potential size of an expected Federal Reserve interest rate rise later this week.

On Wednesday, the U.S. central bank is widely expected to hike by at least 75 basis points with inflation remaining elevated. The FOMC statement and accompanying press conference by Fed Chair Jerome Powell will also be studied carefully as the market tries to gauge the possibility this aggressive tightening will plunge the world’s largest economy and major global growth driver into recession.

Speaking on Sunday, U.S. Treasury Secretary Janet Yellen conceded that growth in the world’s largest economy is slowing. She also acknowledged the risk of a recession but said this downturn was not inevitable.

Concerns over the health of the American economy have dampened some expectations for upcoming Fed tightening, with traders worried that aggressive rate hikes aimed at cooling down red-hot inflation may instead cause growth to buckle. These fears have helped give support to the dollar, which investors see as a relative safe haven.

Data on Friday showed a contraction in business activity in both the U.S. and Eurozone, while growth in the U.K. touched a 17-month low.

The U.S. dollar index, which measures the greenback against a basket of currencies, was holding near the flatline at 106.495 on Monday – a level just below the two-decade high of 109.290 reached in mid-July.

Meanwhile, traders remain cautious around the euro, with Europe’s future growth largely dependent on uncertain Russian gas supplies. Predictions that the European Central Bank will pursue a series of large rate hikes have also waned, after President Christine Lagarde last week suggested there is no risk of a recession this year despite soaring inflation and supply chain disruptions.

Elsewhere, sterling slipped only marginally compared to the dollar, down 0.07% to $1.1995, ahead of the Bank of England’s latest interest rate decision next week.