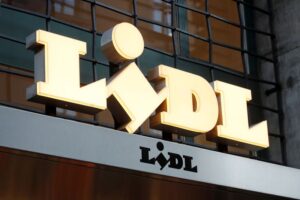 The British arm of German discounter Lidl said it expected more shoppers to switch to its stores from traditional supermarket groups in 2023 after its sales rose 24.5% in the four weeks to Dec. 25 compared to the previous year.

The rise reflected new store openings and consumers’ search for savings in an escalating cost-of-living crisis, with inflation in the UK running at 10.7%.

Lidl GB, part of Germany’s Schwarz retail group, said on Monday over 1.3 million more customers shopped at its stores in the seven days to Christmas Eve.

Citing data from market researcher Kantar, Lidl GB said shoppers switched 62.8 million pounds ($76.4 million) of spending to the group from other supermarkets over the four week period – almost triple that of Christmas 2021.

“We know they switch to us to make savings, but then they stay with us when they realise that they’re not having to compromise on quality, and this Christmas was no exception,” said Chief Executive Ryan McDonnell.

Monthly industry data has consistently shown Aldi and Lidl as the fastest growing UK grocers during the cost-of-living crisis as consumers attempt to make their budgets stretch further.

Also unlike their traditional rivals, Aldi and Lidl are still opening lots of new stores.

However, investment to keep a lid on prices has held back profit at both Aldi and Lidl. Both say they are focused on the long term.

Trading from more than 950 stores, it is currently the UK’s sixth biggest supermarket chain with a grocery market share of 7.2%.

Sainsbury’s and Tesco are also due to update on Christmas trading this week.

Retailers that have reported so far have generally performed better-than-expected.